A family of collectors comes (back) together in Footprints

Over the course of Footprints work, it is not unusual to find relatives within one specific collection.  A good example of this can be found in the Columbia collection, with the books of Ya’akov Emden.  Among his books are books that were formerly owned by his father, Tsevi Hirsch ben Ya’akov Ashkenazi (aka Hakham Tsevi), and his grandfather, Ya’akov of Vilna.  But that is hardly surprising, as family collections often remain and travel together. More exciting is when families begin to appear in scattered collections, their books re-connecting virtually via the Footprints database.  A recent example was just discovered, thanks to Footprints contributors Chaim Meiselman and Tali Winkler. In his work on the Meyerhoff Collection of Judaica at Towson University, Chaim Meiselman discovered the signature of Nathaniel b. Naftali-Hirsch Weill (Stühlingen 1687- Rastatt 1769), Av-Beth-Din and head of the Rabbinate at Kahrlsruhe on a volume of Pri Hadash, which was printed only a year before his death (Furth, 1768).

Nathaniel Weill first gained fame in Prague, but history would have it that his rabbinate would ultimately move to a regional one in Germany, the “Scwarzwald,” headquartered in Mühringen, an area in Rheinish-Neckar, or Neckar in the Rhineland.  It was here that he completed his magnum opus, Korban Netanel, a commentary on the Perush Rabbenu Asher on the Talmudic orders of Mo’ed and Nashim.

This title is elaborately decorated, and includes detailed documentation of his rabbinic life.  It was printed in Kahrlsruhe because he had moved there to head the Rabbinate of that area, a position he held until his death. Tali Winkler, a Footprints collaborator who worked on footprints in the collection of the Spertes Institute for Jewish Learning and Scholarship in Chicago, learned of the above signature, and and pointed out that his son, Tiah Weill, is represented in Footprints as well, as owner of a copy of his father’s book, Karban Netanel (Kahrlsruhe, 1755).

In continuing his work at the collection at Towson, Chaim Meiselman then discovered a footprint for Tiah’s son (Nathaniel’s grandson), who is now also represented in the database. Nathan Weill (Prague 1721 – Kahrlsruhe 1805) owned a copy of Menorat ha-Ma’or (Sulzbach, 1757) in Karlsruhe, around 1800. 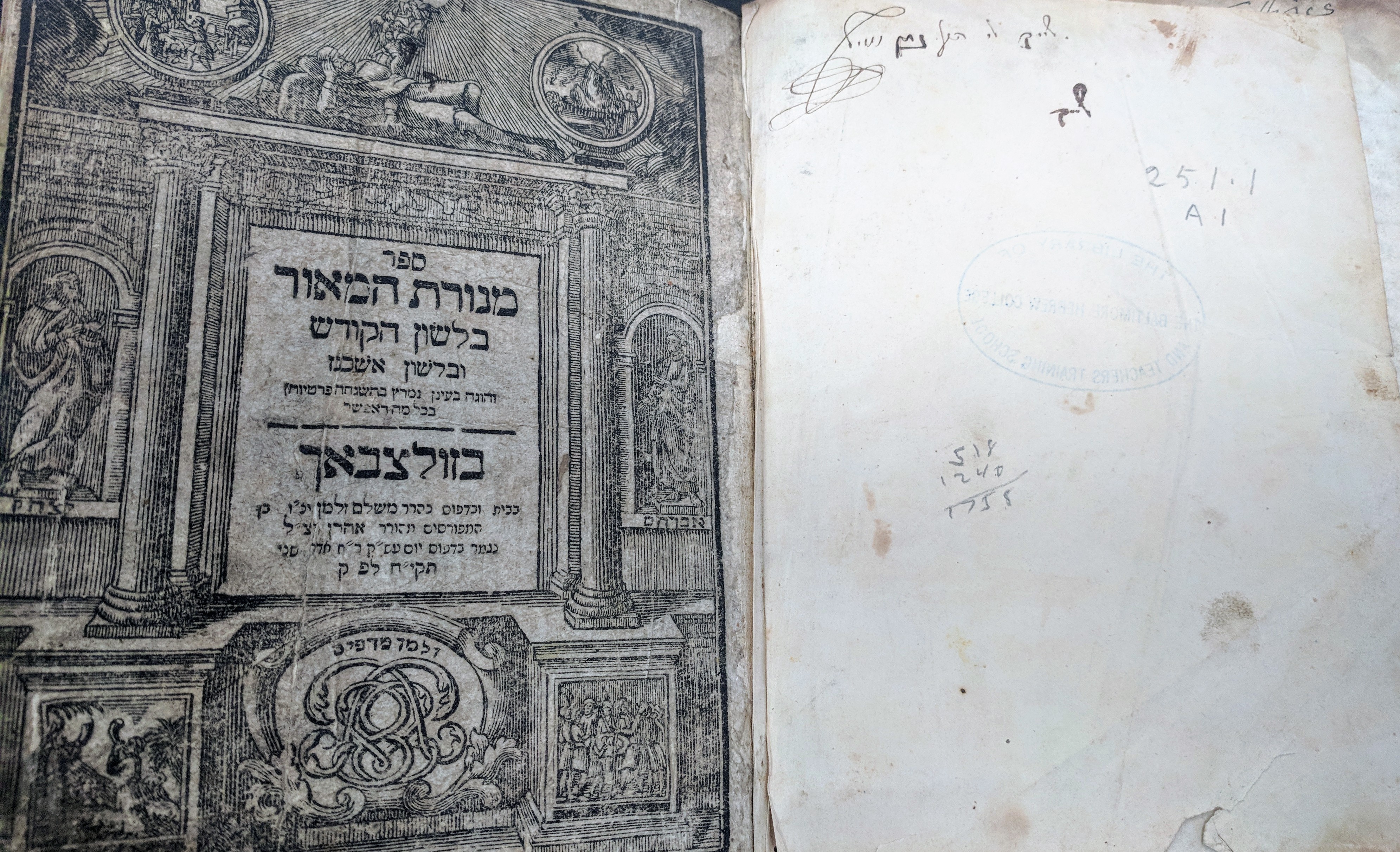 With this, three 18th century collectors from three generations of the rabbinic dynasty reunited (virtually, at least)!

Special thanks to Chaim Meiselman for his work on the history of the Weill family for this post.