As described in a previous post, we were very fortunate to have Tali Winkler, a Ph.D. candidate at the University of Chicago, work with the books in the library of Spertus Institute for Jewish Learning and Leadership, entering Footprints from its storied collection.  Tali describes her experience further below (images courtesy Tali Winkler).

In my earlier post, I described the excitement of learning about people, both known and unknown, from marginalia in the books.  The second piece that stood out for me in my Footprints work was how we can learn about how books traveled from place to place. Sometimes it is even possible to identify multiple books belonging to the same collection, which had therefore been traveling together, perhaps for hundreds of years.

A pair of books in the Spertus collection illustrates the second exciting aspect of the Footprints enterprise. The first book is a collection of responsa authored by David ben Solomon ibn Abi Zimra (c. 1479-1589), also known as the Radbaz, and published in Livorno, Italy in 1652. I was able to find four footprints for this book. The first inscription I was actually not able to decipher at all; the second I was able to decipher the name “Binyamin” (see image, left). 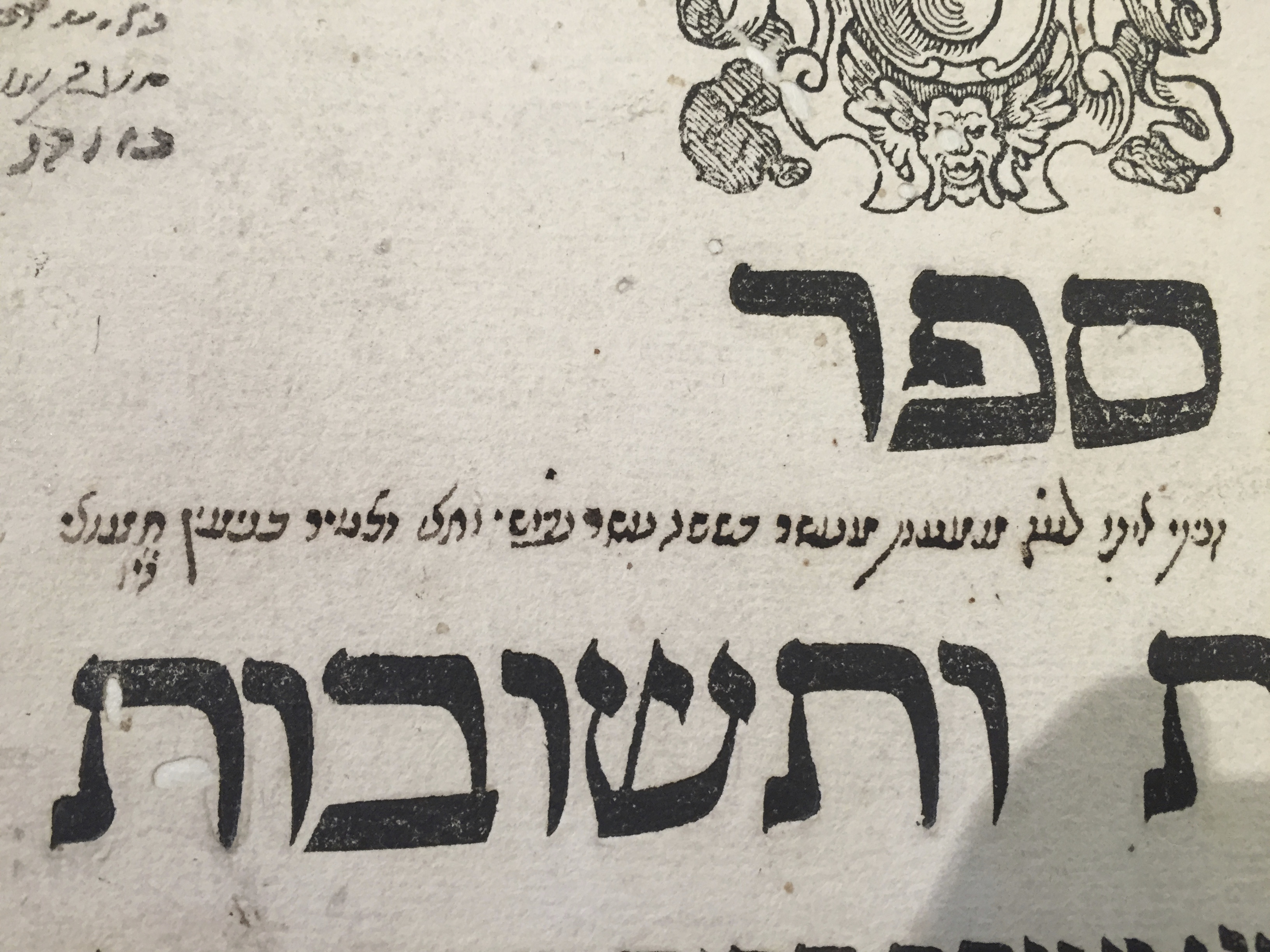 The third footprint was a stamp in purple ink indicating that the book had been owned by Rabbi Mendel Walman of Viroshov in Jerusalem, at some point in the 19th century. Finally, Spertus had acquired the book before the year 1970 (though I do not know specifically what year.)

About a month later, I encountered another book of responsa, Bet Yehudah, written by Judah ‘Ayash, a 17th century Algerian rabbi. The edition was also published in Livorno, in 1746. As I tried to decipher an inscription on the title page, I recognized the same “Binyamin” (see image below) from the responsa of the Radbaz, and excitedly realized that the title page also sported a stamp with the name of Rabbi Mendel Walman, albeit in blue ink. And finally, this book had also been acquired by Spertus before 1970. 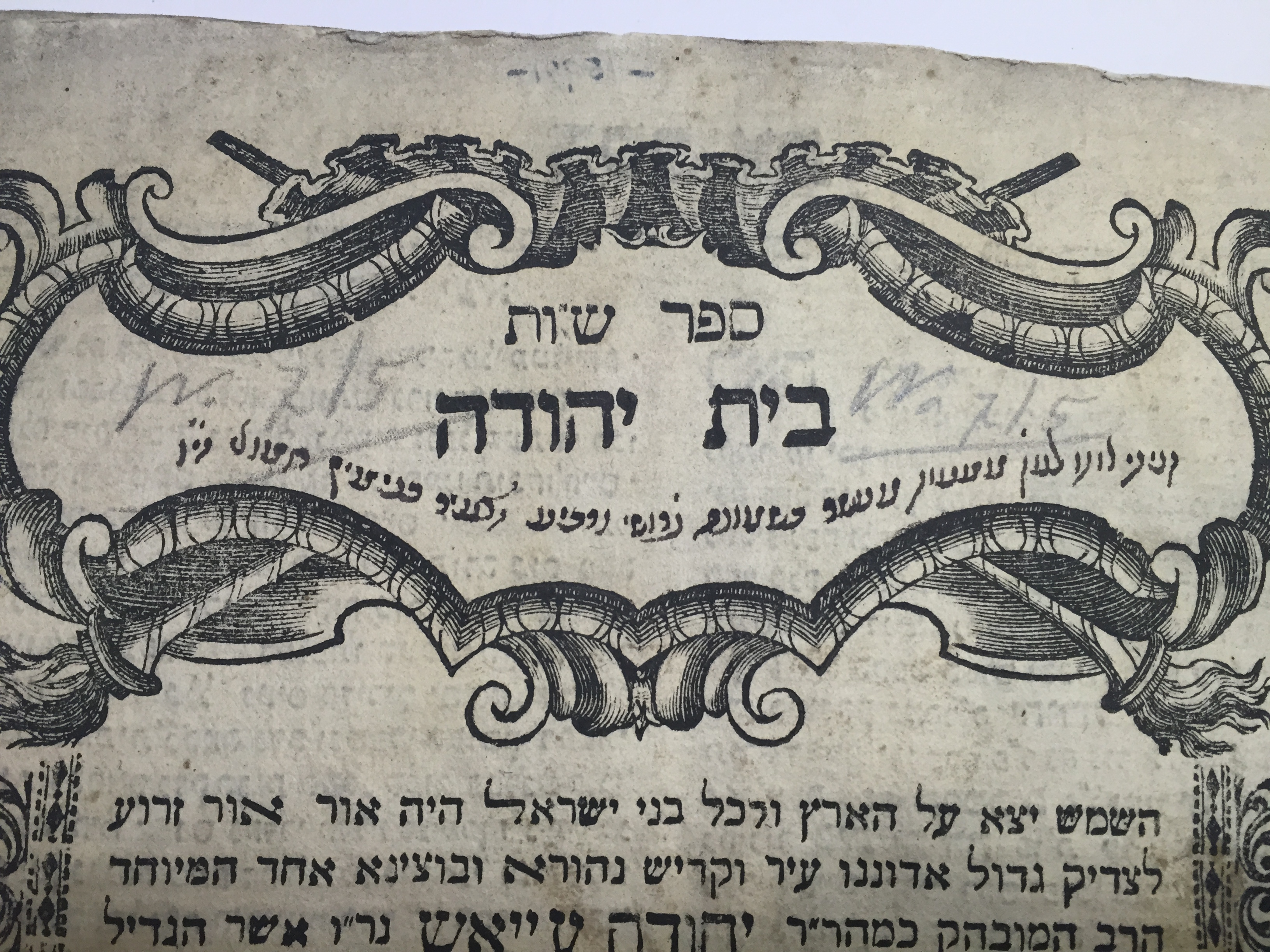 These two books, both books of responsa and both printed in Livorno, albeit about a century apart, had thus been traveling together since at least the 19th century, if not earlier, and had at least three owners in common!

These small discoveries I made over the summer were really exciting for me at the time, but the broader implications of this method are perhaps even more exciting. Using owner inscriptions, scholars can potentially track the travels of individual books, reveal interactions between individuals in the context of the exchange of books, and even recreate the libraries of various individuals throughout time.

Finally, one of the most fundamental elements of the Footprints project is its collaborative nature. I could not read the rest of Binyamin’s inscription, for example, but hopefully someone else, looking at the picture uploaded to the footprint record, will be able to figure it out. So please, dear reader, give it a try and see if you can help!