Teaching with Footprints: List College Students at JTS Contribute to the History of the Jewish Book

This past spring (2015), while in the process of working with the Columbia Center for New Media, Teaching and Learning on preparing a pilot database of Footprints: Jewish Books through Time and Place, undergraduates in JTS’s senior capstone seminar modeled the ways in which this database can provoke enriching learning experiences.

The sense that we are living through a revolution in reading practices driven by technological change, coupled with my first-hand experience regarding the way that the digital humanities and library science are transforming the way we amass knowledge, prompted me to pick the history of the Jewish book as the theme of this past spring’s capstone. While each book that the students have studied as majors in various fields of Jewish Studies at JTS has required them to think about its origins and the reasons for its inception, I intended for this course, like our database, to personalize the Jewish book. I wanted my students to think not only about the histories of individual book copies, but also about how they personally connect to that history. By holding class in the library and having them work with books on the shelves as well as rare books in the rare book room, I wanted them to think about books as owned by individual people, who bought, sold, gifted, inherited and collected them. Why and how did they wind up at JTS? How did they move from one place to another? The discovery that 16th-17th century Hebrew rare books, for example, printed in one city, which had stamps inside in Russian, as well as signatures in French, not to mention inscriptions in Italian, languages which many of our students knew, personalized the experience of book ownership. As one student commented,

“I remember when my study-partner and I spent half an hour looking at an Ein Yaakov in the rare book room, and amazingly enough, all of our time was spent examining the marginalia, cover art, and inscriptions we could find. Suddenly, the book wasn’t just a book of Jewish text; it was a personal artifact, an object that belonged to individuals and was passed down across generations and across various European countries!”

Indeed, my students could feel Jewish history come alive, as they considered many Jews studying the same Hebrew book-copy in different times and places. Even thinking about its survival until the present day incited them to think about the cultural power of Jewish books. I introduced them to our database, hoping that they would be able to enter footprints even in its earliest iteration. While drawing my students to think about the Jewish book of the past, they also were able to learn about the power of technology to preserve that past.

More significant, however, were the array of independent projects that my students designed, each intending to integrate the course theme with the ideas, texts, history, and culture represented by their majors. Indeed, each and every student chose a project that, in the end, both personalized the Jewish book for them and contributed something new to its history. Inasmuch as the students looked backward using past models including, the biblical story, the commentary, and liturgy, they also looked forward, wishing to critique and to contribute something entirely new. A famous Talmudic story about Honi the circlemaker became a new and creative type of children’s book rooted in child psychology and the development of Jewish values. The student wrote in her final reflections,

“Prior to this class, my definition and conception of the Jewish book was very narrow and was precisely that: that there was only one type of Jewish book.  I believed that in order to be considered a Jewish book, it had to be at least one of several things: written it Hebrew, written about a Jewish subject, written with Jewish people as a target audience, or it had to be the Bible, Talmud, Midrash, or other Jewish text.  This belief has been refuted, reconstructed, and complicated over and over again through my own research and the presentations/projects of my classmates, and to be honest it has only left me with more unanswered questions. But the Jewish book to me overall has become a much more complex genre.  I did not expect to find such meaning in this project, but my own research made me feel not only as if ‘the Jewish book’ was a much more expansive genre than I thought, but that I actually had something to contribute to it.  As someone who has struggled with organized religion and the idea of a higher power throughout my life but especially in college, my project enabled me to adopt the genre of the Jewish book and insert my own spin and my own self into it.  Creating my own Jewish children’s book that aimed to rebel against and be so different from the ones I had grown up reading made me feel as if there was more space in Jewish tradition for me, that I can and should have a stake in continuing to shape the genre of the Jewish book. This course certainly gave me space me think and reflect upon the Jewish book in ways I had not previously done, and therefore relate it to myself in ways I had not previously done.”

Students also used technology to enable prior narratives to speak to the contemporary Jewish world and to its issues and challenges. The creation of a blog by one student, Natalie Telson, written as a commentary on the book of Esther, invited student critique of the narrative as well as direct engagement with the way it has been used in today’s Jewish media. This student enabled our class to participate actively in new iterations of the Jewish book, experiencing the change from print to media, as she writes:

“My experience with my own project revealed to me that I too have a stake in the Jewish book.  My interpretations of biblical texts, in whatever context and from whatever perspective, hold a place in the Jewish tradition.  As a Bible major, I always thought about how biblical texts can be analyzed from countless perspectives and narratives.  However, I never thought about this from a broader perspective myself.  How does my dialogue with these texts, whether in papers, conversations, or my blog, preserve my place in Jewish history, and sustain the Jewish history that I study?  What does it mean to keep books like the Bible alive?”

Our database Footprints is our contribution to innovating research done on the Jewish book so that we can know more about the personal histories of books. And while we encourage our colleagues and students to continuously add footprints to this database so as to widen the knowledge we can glean about the history of the Jewish book, we also encourage professors to teach with the database so as to inspire a new generation of Jewish book culture, actively contributing to its future. 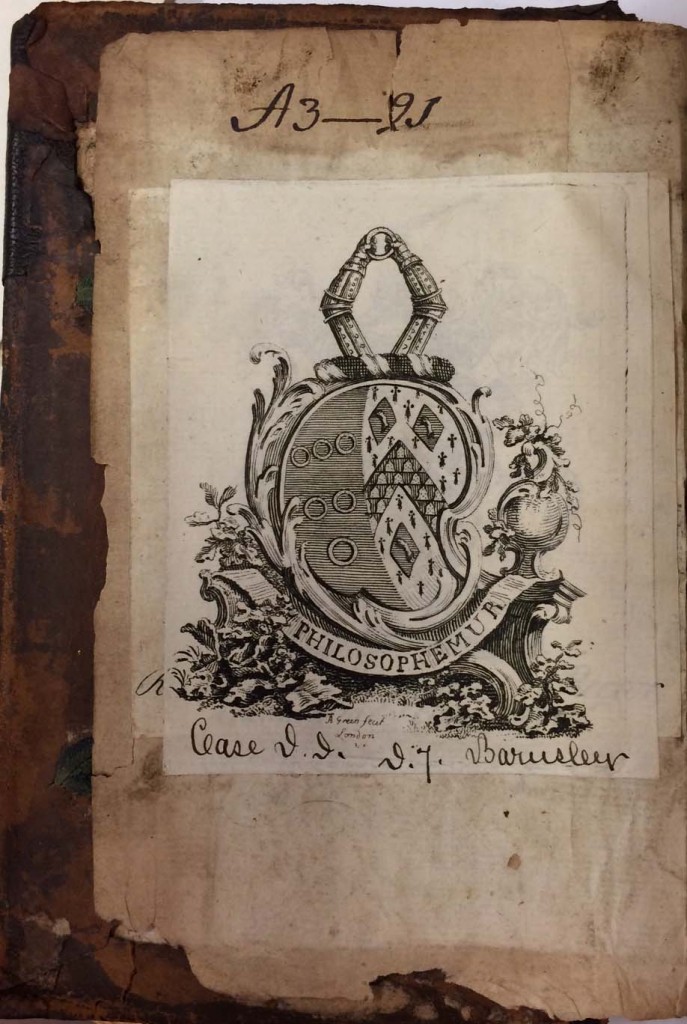