“Space-based solar? That’s a blast from the past,” says Dr. Laura Kay, Ann Whitney Olin Professor of Astronomy at Barnard College of Columbia University. “It’s not quite as crazy as the people who want to mine the moon for resources, but it’s out there.”

Kay’s reaction is highly indicative of the scientific community as a whole: space-based solar power is seen as a quaint idea from yesteryear that is too unfeasible to implement. SBSP gets a bad rap, and yet it represents a real possibility to change the way humanity creates energy to run the world.

END_OF_DOCUMENT_TOKEN_TO_BE_REPLACED

A Japanese cartoon of their SBSP concept. Image courtesy http://www.treehugger.com/solar-technology/japan-space-solar-plans-of-laser-beams-and-solar-streams.html

On Tuesday night, April 1st, 2014, a massive earthquake registering at 8.2 magnitude struck in the Pacific Ocean off the coast of Northern Chile, sending deadly tsunami waves racing toward the coast, and leaving the nation in a state of emergency. Only in the early hours of the disaster thus far, it’s not yet clear what the scope of the damage is.

Meanwhile, on the other side of the globe, the residents whose homes were affected by the nuclear reactor meltdown in Fukushima, Japan in 2011 are only just now being allowed to return to their homes, the decontamination of the site finally completed, despite fear that dangerous radiation from the disaster still lingers. Nuclear power is one renewable option for weaning our world off fossil fuels, but clearly nuclear is not without its major faults.

All the while, the world still depends overwhelmingly on fossil fuels to power our lives, both for the everyday and in case of disasters like the ones in Chile and Fukushima. Not only do these fossil fuels spew carbon into the air, damaging our planet’s fragile climate and threatening all life on Earth, but our dependency on fossil fuels also has poor implications in cases of disaster. Even if aid workers make it to disaster sites, they might not have the power they need to run hospitals and government offices if the grid is down with infrastructure down.

One possible solution to our energy crisis is space-based solar power, and its potential for use in disaster relief efforts is staggering. With the touch of a button here on Earth, technicians could shift the satellites beaming the sun power down to earth, focusing extra power to the locations on Earth where energy is most needed.

END_OF_DOCUMENT_TOKEN_TO_BE_REPLACED 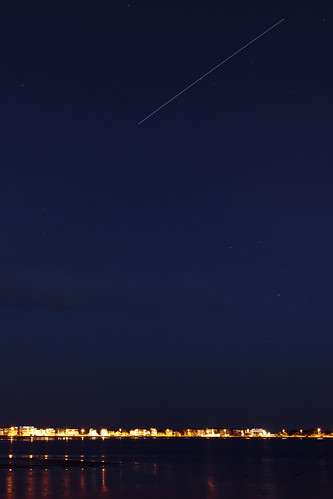 END_OF_DOCUMENT_TOKEN_TO_BE_REPLACED

“It’s amazing when you think of it,” said Adell. His broad face had lines of weariness in it, and he stirred his drink slowly with a glass rod, watching the cubes of ice slur clumsily about. “All the energy we can possibly ever use for free. Enough energy, if we wanted to draw on it, to melt all Earth into a big drop of impure liquid iron, and still never miss the energy so used. All the energy we could ever use, forever and forever and forever.” So begins Isaac Asimov’s short story, “The Last Question” wherein humanity has mastered the power of the sun, putting online a one-mile Solar Station in orbit that beams sunpower down to Earth, solving all of Earth’s energy needs in one fell swoop. Science fiction was the true birthplace of space-based solar power, which found a home in the minds of science fiction writers like Asimov who used such technology liberally in their fiction.

It was not until a decade later that space-based solar power was first proposed as a legitimate scientific idea. First though, SBSP depended upon several key developments throughout the 20th century to even be considered conceptually.

END_OF_DOCUMENT_TOKEN_TO_BE_REPLACED

Twenty-two thousand miles above the Earth, an array of silicon glitters in the sunlight, quietly beaming power down to the planet below and providing energy to millions. One-hundred million miles away, a single photon leaves the sun, rocketing at the speed of light towards Earth. Upon arrival, the photon hits the silicon array of the solar cells in geosynchronous orbit, where the cell transforms the raw energy of the sun into microwaves, which are beamed down to a receiving station on Earth. Once at the receiving station, this power is fed onto the electric grid where it can now be used to power cities and homes. Behold, the possibilities of space-based solar power.