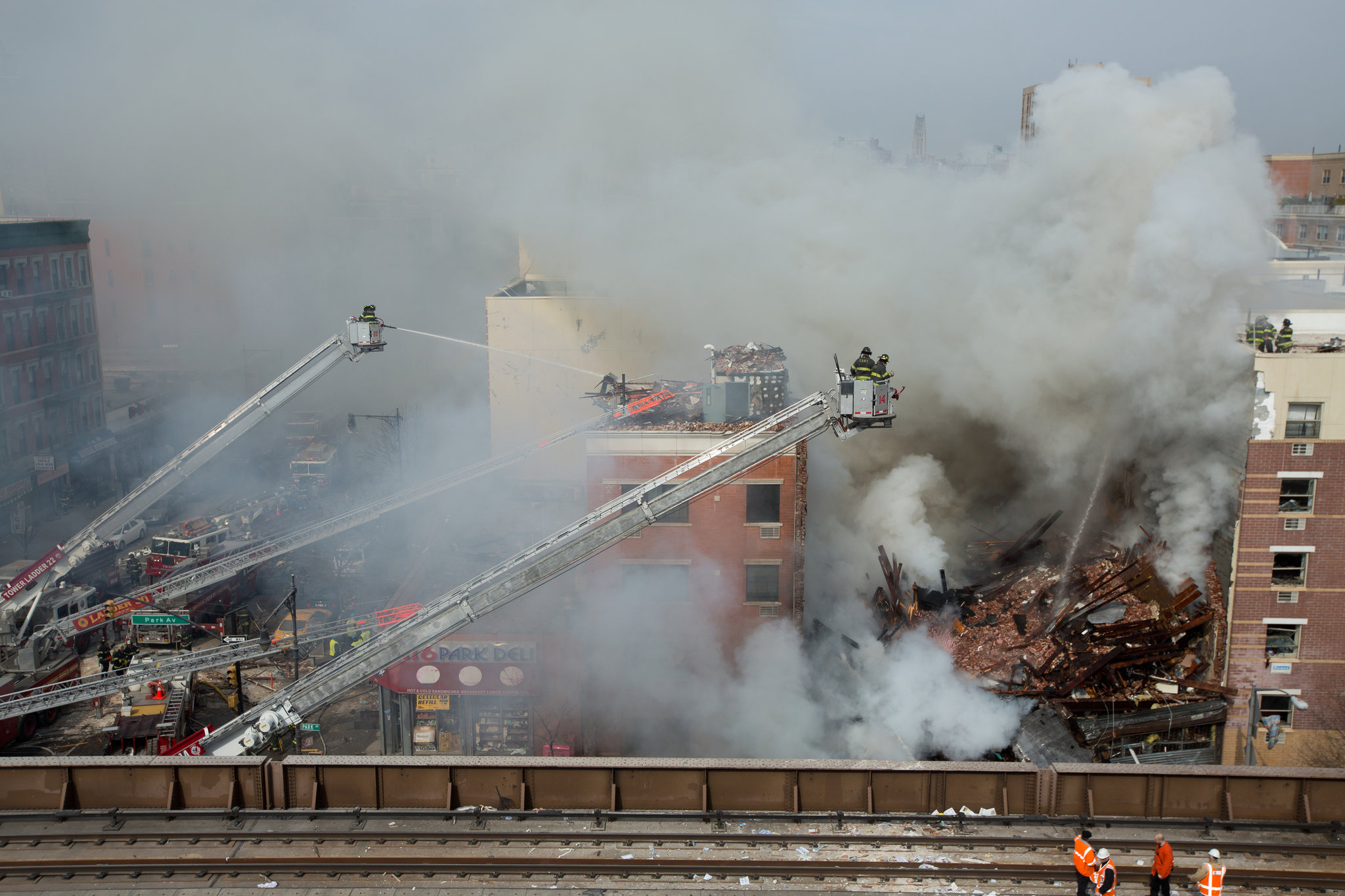 A gas leak sets of an explosion in East Harlem. By: Ozier Muhammad

No more than two weeks ago, the citizens of New York City, particularly Harlem, were shocked when they heard the news about two buildings being leveled to the ground by due to a gas leak explosion, leaving at least six people dead. It was later reported that neighborhood citizens have been complaining for months about gas odor prior to the accident, but their complaints fell on deaf ears. This neglect and disregard to the lives and well-being of the Harlem residents is not surprising in light of the fact that the Harlem community has suffered and continues to suffer from great environmental burdens.

When discussing environmental racism issues, it is easy to talk about such issues by only focusing on the victims of acts of discrimination. For example, many environmental activists and organizations have put great amounts of time and effort into proving that racial minorities are, indeed, treated unequally when it comes to toxic waste and dumping sites. However, if there is a victim then there has to be a perpetrator. So the question that begs to be asked is who is the perpetrator here? Who is responsible for further perpetuating such systems of racism and violence against people of color? And lastly, who is benefiting from perpetuating environmental racism?

First of all, one of the major players is the government of the United States. The government had to start paying attention to this issue around 1970, when the United States Public Health Services admitted that there was a phenomena of lead poisoning being more common among black and Hispanic children in comparison to white children. Acknowledgement was a step forward, but that alone did not solved any problems. Over the next years, the government starts taking this issue more seriously, as the Environmental Protection Agency (EPA) established its own Environmental Justice office. However, the EPA was accused of denying civil rights protection for communities of color by multiple environmental activism groups. The Center on Race, Poverty and the Environment also accused the EPA of failing to enforce the Civil Rights Act. In a Hispanic high school in California, parents noticed that the California Department of Pesticide Regulation (CDPR) allows much greater amounts of methyl bromide (a toxic chemical that was later banned) to be applied around schools populated predominantly by Latino kids. The EPA found a clear violation of the Civil Rights Act, however, instead of taking serious legal action, the EPA used back-door negotiations, and reached a settlement with the California Department of Pesticide Regulation. This settlement was reached in 2011, eleven years after the parents first complained. This settlement also was reached excluding the parents and their attorneys. This is one among many cases in which government funded or government agencies fail to enforce government laws, and work to perpetuate racism. Reaching such settlement might have been in the best interest of the EPA and the CDPR, and it also might have been the easiest way to end this issue, nonetheless, the children who were unjustly and illegally discriminated against did not get the justice they deserved as citizens of the United States.

The other player in this is private corporations and the idea of green capitalism. . In the beginning of the 21st century, the concept of Corporate Social/Environmental Responsibility appeared; this means that corporations have a responsibility to be socially and environmentally ethical. Since then many industries have been trying to make their products more environmental friendly. This feeds directly into the other concept which is Green Capitalism. The name is somewhat self-explanatory: a more environment-friendly capitalist system. For example, for companies that encourage eating organic food (which is far more expensive than genetically modified food) were found to be cleaning Native American land in order to make space for growing organic food. This is a perfect example of how corporations and companies work to perpetuate environmental violence against racial minorities, while still capitalizing on environmentalism, and making profit out of appearing environment friendly.

Environmental racism leaves victims, and therefore, there has to be perpetrator as well. The emergency departments that the people of Harlem complained to but were neglected by, the EPA and their policies of avoiding confrontation and not enforcing government acts, and lastly the private sector which capitalized on environmentalism while constantly hurting the environment belonging to minorities, all of these are perpetrators, and they all benefit from the current system.